“You should never turn down the offer of another man’s story,’ the fox persisted, moving off a little further into the trees ahead. ‘Stories are the only thing that separates us from the animals after all.”  ~T.B. McKenzie

Isn’t he adorable…so sleek and beautiful!  That is our Hunter.  He came to our garden in July of last year, and he still comes around.  We know he comes in the garden, but I won’t give you the gory details as to how we know.

In June, when we were deluged with almost daily inches of rain, the wildlife was affected too.  One morning we saw Hunter in our neighbors back meadow just over our fence.  He was laying on the tarp covered soil, and he was drenched.  He looked emaciated soaking wet.  We figure his den was in a spot that was flooding.

And he came almost every day or so for weeks in June.  A regular fixture after a drowning rain overnight.  He would sun himself to dry off for a while and then he slept…he seemed exhausted as if he couldn’t sleep in his den because of the rain.

After his snooze he would check out the meadow area for a meal…he knows from experience the rich bounty of food he has found previously in this area.

And after all the exertion of hunting he snoozed some more in the shade on the grass and on the slabs of cement near the tarp covered soil.

Yes that is a bird…we think a catbird.  I said he was an amazing hunter.

During June, we also had two momma woodchucks bring their young ones out of the den to find a home.  Now 5 woodchucks living under the sheds on either side of us was too much for everyone.  So the families were eventually moved to a wild area where they could have the run of the place.

But before they moved, the fox was around often.  Somehow he just missed these guys as they kept close to those sheds with momma.

I swear he knows I am watching him from the window as he looks right at me with those amazing, piercing eyes.  Once the rain ended, Hunter melted back to the wild woods behind us, and we have not seen him.  But he left a lasting impression on us and others this summer….

Soon after Hunter went back to his den, we spotted our resident female rabbit out and about.  But it was where I saw her that was so unusual.  She was also grooming and posing out and about on the slabs where Hunter had been.  And I still see her there grooming from time to time.

I have a short video of the rabbit, who could be our Beatrice, enjoying the slabs.

With this wildlife story, I am joining in the meme Wildlife Wednesday hosted by Tina@My Gardener Says that happens the first Wednesday of every month, and with Saturday’s Critters hosted by Eileen@Viewing nature with Eileen that happens every Saturday.  It is a great way to see what is happening in nature around the world every week.

I leave you with another thought about nature and all its wonders.  Feel free to download the photo and share.

All original content is copyrighted and the sole property of Donna Donabella @ Living From Happiness, 2014-15.  Any reprints or use of content or photos is by permission only.

41 Replies to “Wildlife Lessons: Being Foxy” 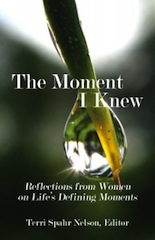